The heart is a strong, powerful organ, consisting of cardiac muscle. The heart pumps continuously, without resting and without becoming fatigued. Its function is to pump blood to the lungs and around the body. The heart is one of the key organs in the Circulatory System.

Anatomy of the heart

The heart consists of four chambers and is divided into left and right by a wall of muscle called the septum. By convention, the heart is often illustrated with the left side on the right as you look at it. In other words, imagine you are looking at someone’s heart; your right is their left!

The right side of the heart consists of an atrium that receives blood returning from the body, and the right ventricle, which then pumps blood out to the lungs, via the pulmonary artery.

The left side again contains an atrium and a ventricle. The left atrium receives the oxygenated blood returning from the lungs and the ventricle then pumps this blood around the body.

The atria and ventricles are separated by valves known as Atrioventricular, or AV valves. The purpose of these valves is to prevent blood from flowing in the wrong direction. Following the movement of blood from the atrium, into the ventricle, the AV valve snaps shut which causes the first heart sound of the heartbeat (often described as “lub dub”, with the closing of the AV valves being the “lub”)

Due to the distance in which the blood being pumped from the left ventricle has to travel, a more forceful contraction is required. For this reason, the muscular wall of the left side is thicker than that of the right side.

The “dub” sound is caused by the closing of two other valves, known as the Semilunar or SL valves. These are located between each ventricle and the artery leaving the heart and again prevent the blood from flowing backward.

The way in which the cardiac muscle contracts in order to force blood around the body is highly specialised and is described on the heartbeat page.

Box diagram of the heart

A box diagram is a great way to learn and remember the passage of blood through the heart. The chambers are simplified into boxes with arrows indicating the passage of oxygenated and deoxygenated blood.

Facts about the human heart

Here are 7 fascinating facts about the Human Heart that everyone would like to know! 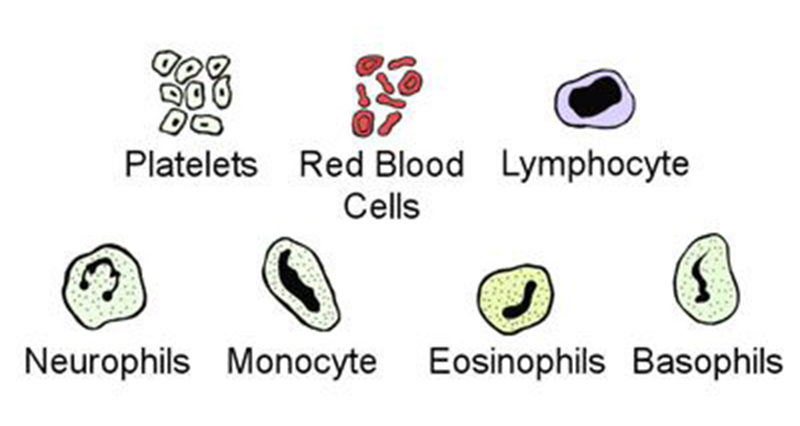